This isn’t news to most people in the bodybuilding and supplement world, but Progenex, the CrossFit “endorsed” (or whatever) supplement company that you see plastered all over the Games, ECC’s, and other events, is the token protein company most boxes seem to push these days. Now, let me be clear, HQ does not and never will tell an Affiliate what merch they must sell – that’s not the way of HQ’s Libertarian modus operandi. But when a box can get a hookup with a local Progenex rep and make a decent commission and markup on moving protein in shiny silver bags, why wouldn’t they?

Honest disclosure: until this afternoon, I was a huge fan of Progenex. It’s tasty, it’s thick, it’s chocolate and peanut butter. Who doesn’t love that?! I’ve gone back and forth between Progenex and Strengthlete (a locally owned supplement company) for the past year and have seen great results from both… but for whatever reason, Progenex has been landing me on the porcelain more often than anything else (‘ll save you the gory details).

The sugars that cause your toilet-terrors when you’re lactose intolerant are so minimal in whey-derived protein that it won’t have any effect, so what’s going on here? I spent some time Googlin’ and there’s tons of pseudoscience and other hypothesis out there. You can read all about them yourself, but I found an interesting article from JaktRX that set me off on anther direction.

The gist of the Progenex scandal can be read here, but I’ll try to summarize below as much as possible.

Apparently, Progenex changed formulas quite a few years ago after its founder, Dr. Scott Connelly, was bought out by (criminal) Adam Zuckerman and other investors. To increase their margins, they dumped Dr. Connelly’s formula (which apparently was revolutionary) and switched to lower-grade stuff.

So what does this all mean for my wallet and my tummy? Well, I certainly won’t be using Progenex anymore. I know a few people who swear by it and probably won’t be swayed from these facts. That’s fine, if their getting their protein and carbs from Progenex protein and IIFYM, cool. Probably will try JaktRX and continue to use Strengthlete’s two offerings. Fingers crossed! 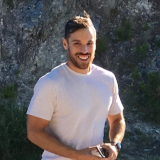